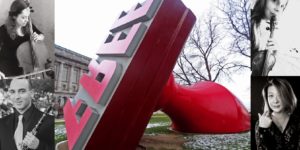 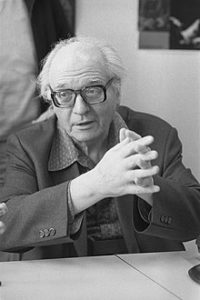 Susan Britton, violinist, is a  member of the Blue Water Chamber Orchestra, City Music Cleveland, serving as  concertmaster for the Cleveland Chamber Symphony in addition to being a member  of the Akron Symphony Orchestra.She  has played in the chamber festivals of Taos, Norfolk, Chamber Music Maine,  Adirondack Festival of American Music and the Heidelberg  Castle Festival in Germany.A  featured soloist with the Wooster Symphony, Trinity Cathedral Chamber Orchestra  and the Cleveland Chamber Symphony she also offers solo recitals at the Herr  Chapel of Plymouth Church in Shaker Heights.Ms.  Britton holds degrees from the Eastman School of Music, the University of  Michigan and the Cleveland Institute of Music as a student of Zvi Zeitlin,  Camilla Wicks, Donald Weilerstein and Peter Salaff.Clarinetist,  Amitai Vardi, holds the position of principal clarinet with the Blue Water  Chamber Orchestra and the Erie Philharmonic as well as performing frequently  with the Cleveland Orchestra on tour.He  has been invited as a soloist with the Spoleto and Round Top Festival orchestras  and with the Blue Water Chamber Orchestra.With  his father, cellist Uri Vardi, he has recently released a recording on the Delos  Label.Having  received degrees from Indiana University and the Cleveland Institute of Music as  a student of Eli Eban and Franklin Cohen he pursued further studies with Yehuda  Gilad in Los Angeles.Vardi  currently serves as Assistant Professor of clarinet at Kent State  University.Linda  Atherton, cellist, is a graduate of Boston University where she studied with  Leslie Parnas.An  active chamber musician, she performs with the Cleveland Chamber Collective, the  ART Trio and has participated in the Taos and Blue Hill music festivals and was  a founding member of the Lockerbie String Quartet.As  a soloist she has performed with the Ohio Ballet, Trinity Cathedral Chamber  Orchestra, Blue Water Chamber Orchestra and the Euclid Symphony.Ms.  Atherton currently is a member of the Cleveland Pops Orchestra and the Blue  Water Chamber Orchestra also playing frequently in Broadway touring productions  in the theatres of Playhouse Square.Pianist,  Shuai Wang, is a faculty member of the Cleveland Institute of Music, the  Interlochen Arts camp, Interharmony International music festival in Italy and is  the Founder and Artistic Director of the Ars Futura Ensemble.She  has been invited to perform as soloist with the Cleveland Philharmonic  Orchestra, Canton Symphony, Heights Chamber Orchestra and the Tianjin  Symphony.Shuai  has performed in venues including Lincoln Center, Merkin Hall, Symphony Space,  Kennedy Center and the Phillips Collection.With  several degrees from the Cleveland Institute of Music her teachers and mentors  include Paul Schenly, Daniel Shapiro, Joela Jones and Anita  Pontremoli.